Bring me my Chariot of Fire

“Let’s stay and see it again,” my mother said.  It was October of 1981, and we sat in a movie theatre listening to the boys choir sing the words of William Blake as the screen faded into black.

Do you know the story of Chariots of Fire?  Eric Liddell, a Scottish sprinter, refuses to run his race on a Sunday during the 1924 Paris Olympics. Eric wins a gold in Paris (watch the actual footage HERE), but even more importantly, served faithfully as a missionary in China  for two decades until dying in a Japanese prison camp in 1945.

I was 9 years old when Eric Liddell became my biography friend.  I played the synthesized Vangelis soundtrack to the movie until the LP wore out.  I tried to learned to play the theme on piano, and I read everything I could get my hands on about Eric Liddell.  I can’t play the piece anymore, but I’ve watched the movie more than a dozen times, followed his last years through the streets of China, and prayed that I would be as useful as Eric had been.

If you only read one book about Eric Liddell (and there are several worth reading!), make it For the Glory:  The Untold and Inspiring Story of Eric Liddell, Hero of Chariots of Fire by Duncan Hamilton.  The author traces Liddell’s life with a subtle warmth rarely found in such an extensively researched treatment.  “Inspiring” is indeed the best word to describe this intimate assessment of Eric’s best and hardest days, from Edinburgh to Paris, from Tianjin to Weihsien.

Eric’s characteristic courage hit me again as I read this text. The movie portrays Eric as hearing of the Sunday Olympic schedule as he boards to boat to Paris, compressing the 9 months that this young man faced extreme pressure from all sides to change his decision to run.  The British Olympic committee attempted to appeal to his patriotism, fraternal camaraderie, and his ego, but were unable to distract Eric from his commitment to  run to please the Eternal King alone. He was just 22 years old, but he knew who he was and Whose he was.

He courageously cared for people throughout his time in China.  In 2005, while training ESL teachers in China, I met an older teacher who told me of “Uncle Eric,” who had helped him and more than 150 other young children survive life in the Japanese prison camp.  Eric organized formal classroom instruction, even hand-writing textbooks for the students to use.  He ran in races, discipled young men, preached regular sermons, and served as a peacemaker in the misery of the volatile, hungry camp. 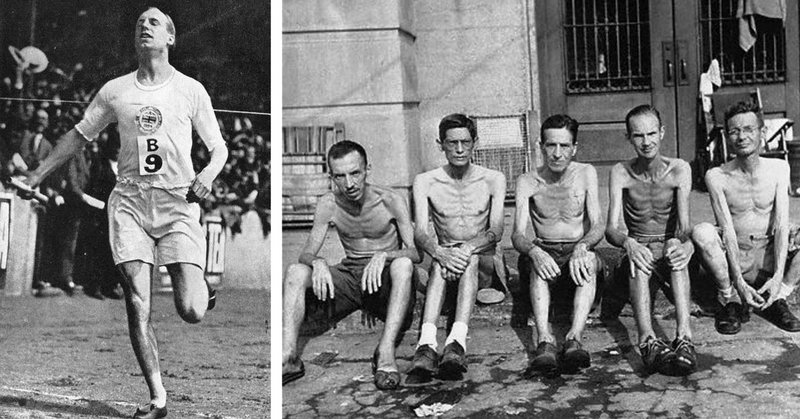 Eric died of a brain tumor just weeks before the camp was liberated in 1945.  He had scraps of paper with him at the end–one filled with verses from his favorite hymns:  “Abide with Me” and “Be Still, My Soul.”  The other piece contained a single phrase:  “All shall be well.” Eric was courageous in life as in death;  he died as he had lived, with the words, “It’s complete surrender” on his lips.

Circumstances may appear to wreck our lives and God’s plans, but God is not helpless among the ruins. Our broken lives are not lost or useless. God’s love is still working. He comes in and takes the calamity and uses it victoriously, working out His wonderful plan of love.

Disciplines of the Christian Life by Eric Liddell