Two days ago, I broke my favorite earrings–the ones from Uzbekistan that I have worn continuously since 1997.  Yesterday, I set my glass coffee maker on my granite countertop–a little too hard.  Today, I dropped my phone which now looks like a gorilla stepped on the glass.  And so tonight, I have my old friend Bob Dylan crooning in my head: 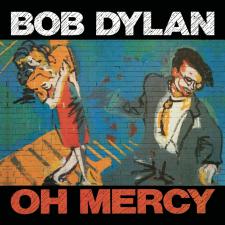 Dylan rasps:  “Everything’s broken,” and it sure seems so from where I stand. Houston has drowned. Florida is knocked down.  Montana’s burning. Mexico trembles.  Bangladesh is floating.  Myanmar is fleeing. People in dinghies keep washing up in Greece. The Pope is granting pardons to serial pedophiles.  Congress is sclerotic.  Lawyers run the world.  Everything’s broken.
And it’s not just the world around us that is broken–we are shattered, too.  We hate and bicker and steal and kill.  Our hearts are broken by our own sin, crushed by a deep understanding that we will never be good enough to be whole–at least not without Holy Help.
Dylan’s 1989 song containing these musings was recorded on an album appropriately named, Oh, Mercy. We played a game as children where we would bend each other’s fingers back until the pain became unbearable for one player who begged for mercy.  We just want the pain to go away.
We, like Job, cry out for a Redeemer, desiring to see the broken healed, to diminish agony, to seek comfort in the hand of the living God. Brokenness forces us to seek wholeness.  We are fragmented, and we all know it.

All of earth is marching toward the day when Jesus’ broken believers are made whole because of His grand and tender mercy and grace.

Then I saw a new heaven and a new earth, for the first heaven and the first earth had passed away, and the sea was no more. 2 And I saw the holy city, new Jerusalem, coming down out of heaven from God, prepared as a bride adorned for her husband. 3 And I heard a loud voice from the throne saying, “Behold, the dwelling place of God is with man. He will dwell with them, and they will be his people, and God himself will be with them as their God. 4 He will wipe away every tear from their eyes, and death shall be no more, neither shall there be mourning, nor crying, nor pain anymore, for the former things have passed away.”

5 And he who was seated on the throne said, “Behold, I am making all things new.”

“I am making all things new.”  No more brokenness.  No more tears.  No more death or mourning or pain.  That will be a good day.